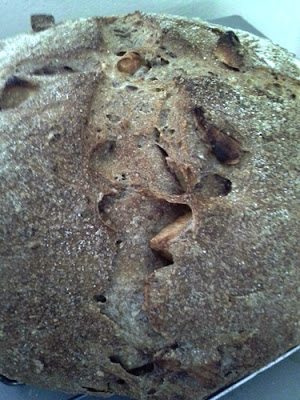 It's been a while since I posted about bread. We had to go to the Netherlands twice and we attended two funerals. It took me longer than I hoped to get back in my rhythm. Of course I baked bread a few times a week. But, I baked bread without have too much thinking, you know the no fail recipes. They were delicious, but now it's time to get back and look for new and different recipes.

I bought some nice apples and I have homemade yoghurt in the refrigerator. I always have unbleached flour and rye in my pantry and the sourdough is ready for use.  I use my new Lievito Madre (you find the recipe below). I found at Stefanie's Hefe und Mehr. This sourdough is mildly sour with a nice smell of honey.

So all I need is a nice recipe to combine this into a delicious loaf of bread.

I love what the people in Bourke Street Bakery make. Since I’m not going to Australia in the near future, I’ll bake what they share in their books. I’m happy that recipes are free of copyright and we can share them. Of course I mention and thank the creators of the recipe. I know that having the book is more fun than having just a recipe.

Enough talking, it’s time to move to the kitchen and bake. 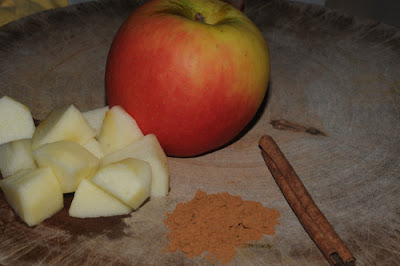 It’s a delicious smelling and fresh tasting loaf. I mixed the apple with the cinnamon before adding to the dough. This way you taste apple and cinnamon together instead of tasting cinnamon with each bite. It was the first time I used fresh apple in bread and it will not be the last time. 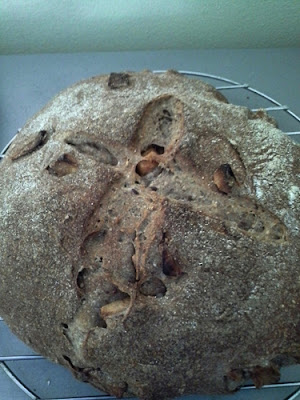